In the initial phase, I researched Maharajin Bua through articles and one old documentary by Doordarshan. According to these articles Maharajin Bua was the first lady cremator of India. She worked at Rasoolabad Ghaat, Allahabad. she was a tough lady, used to know martial arts and 12 men used to work under her. She became a cremator after the death of her father, Laxmi Narayan Mishra. Gulaab Tiwari started the cremation work from the age of 10 which she continued till the end of her life. Her younger son Jagdish also used to help her in the cremation work and right now he is the head of Rasoolabad Ghaat after her mother passed away in 2002.

The Attraction of filmmakers and newspapers for a lady who was just doing her daily job was due to the factors which surrounds her. Religion and society in our country’s context. In one article “No Place For Women - The Cremation Ghaat Of Banaras” by Smriti Dewan (101india.com) the beliefs of the Hindu religion about women could be easily seen. Although the title itself explains the situation but in this article, Smriti Dewan wrote about her experiences when she visited the Varanasi Ghaat for photographs and was told that women are restricted on the Ghaat just before they were going to reach.

Women are not even allowed on the cremation ground and then there is Gulaab Tiwari who took cremation as her career for life and yes, she faced a lot of barriers. Boatman yelling her about what to do when she was new in her career, a priest opposed a woman being a cremator, and she was even assaulted by some men but nothing could stop her from what she had to do for keeping herself and her family on the go. She performed farewell to the people who were done with their journey so that she could continue her own. 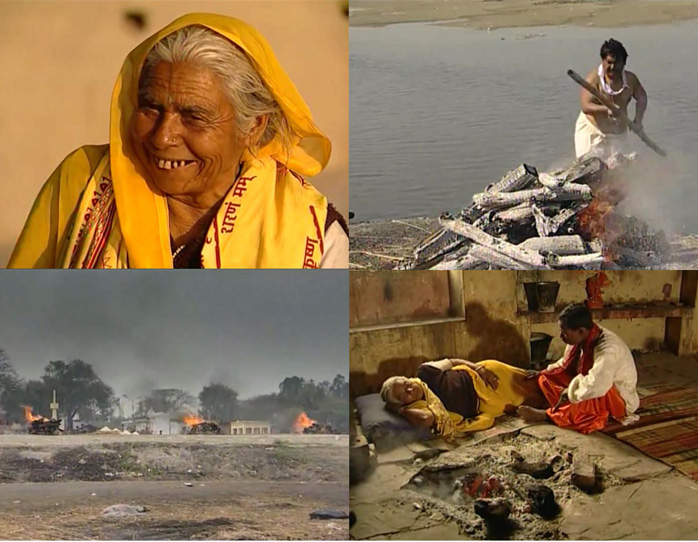 Stills from “Of Life and death”