A ritual scene depicting a man bent over another man lying prone on the ground performing a rite with a circular stick is portrayed in this shelter. An overlapped faded bull can be seen in the background. It also displays numerous other figures of animals, humans and rituals painted in both red and white. Some animals are decorated with honeycomb pattern. 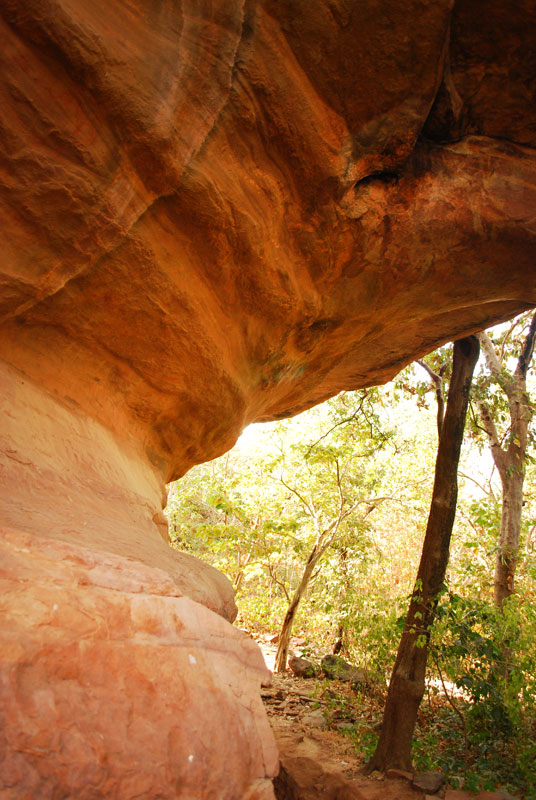 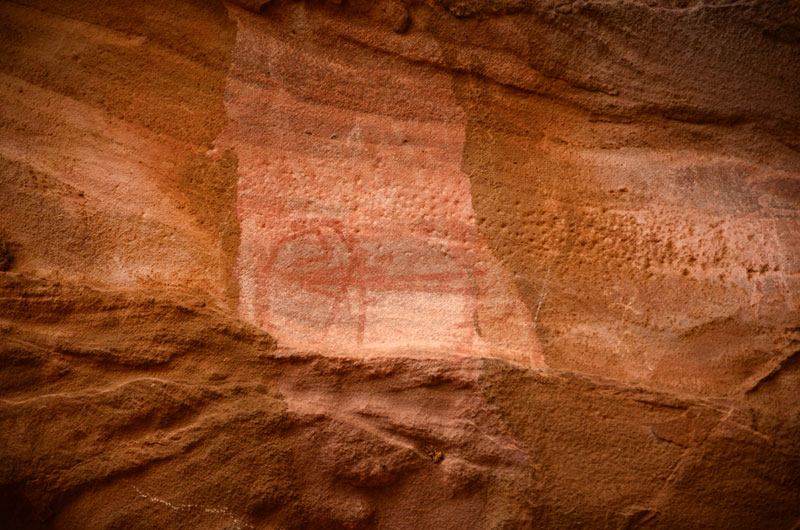 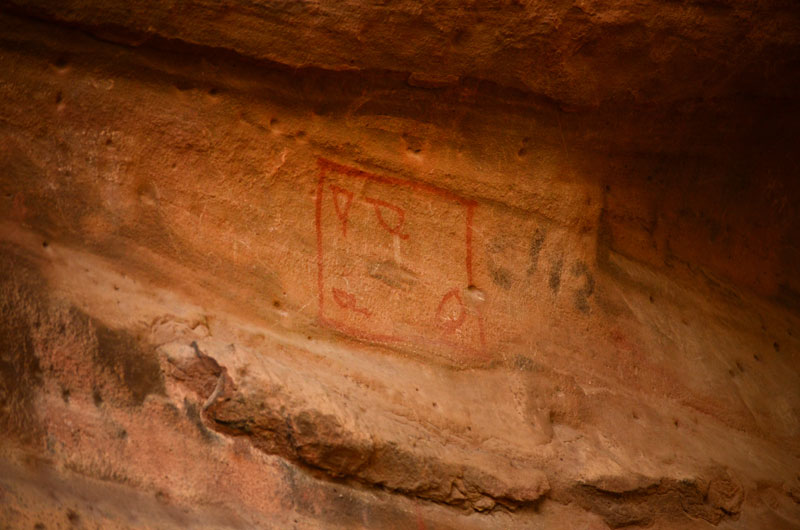 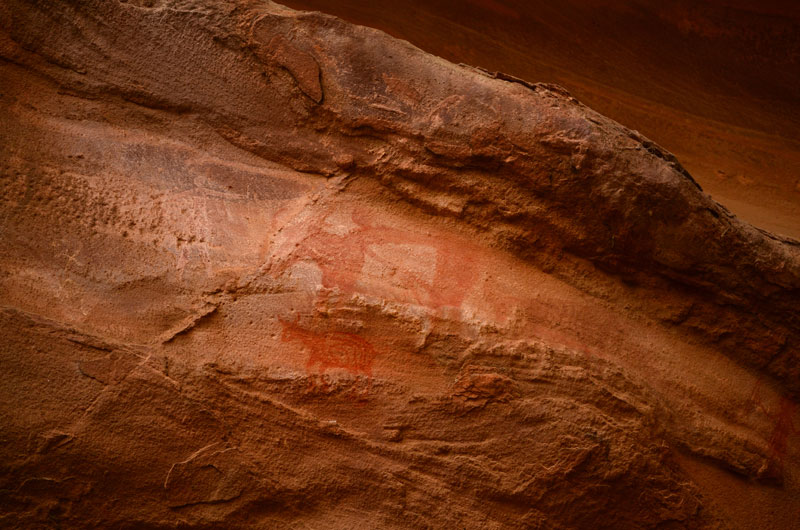 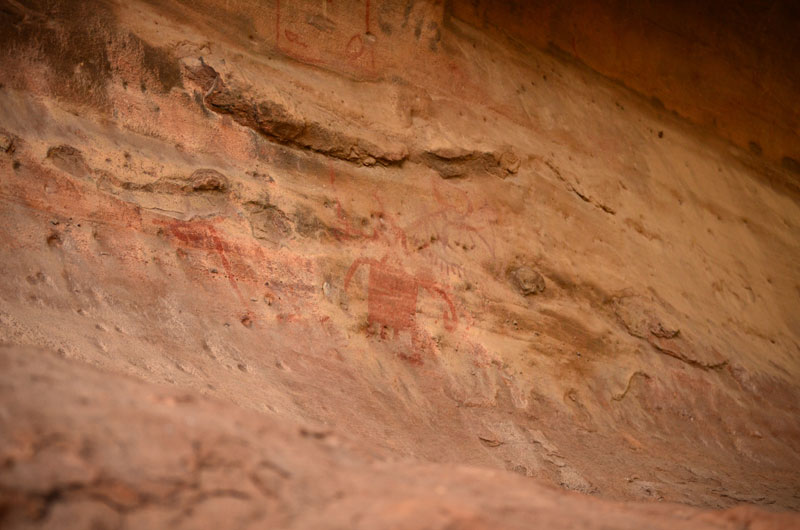 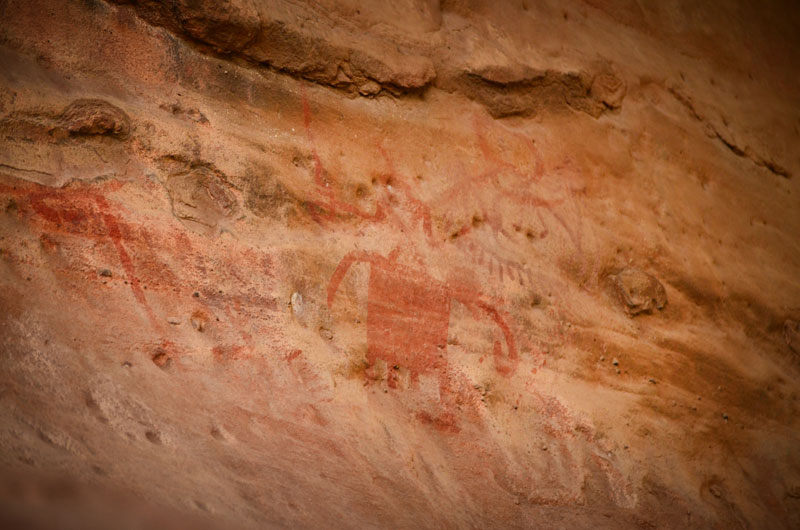 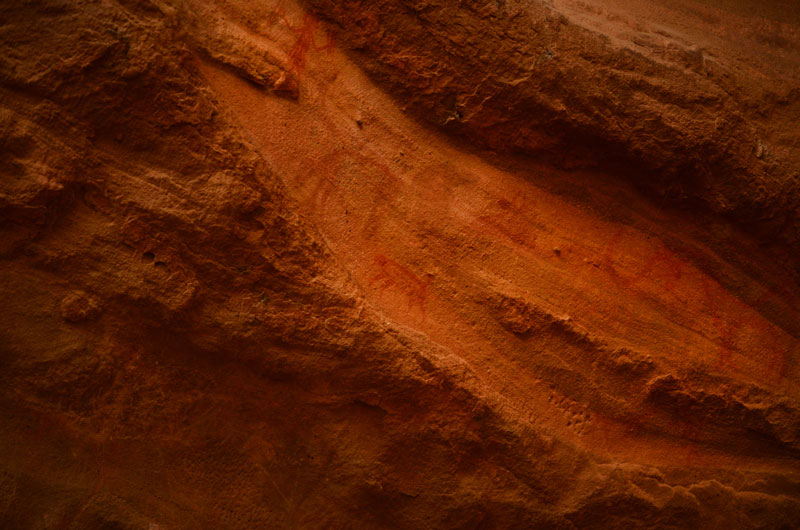 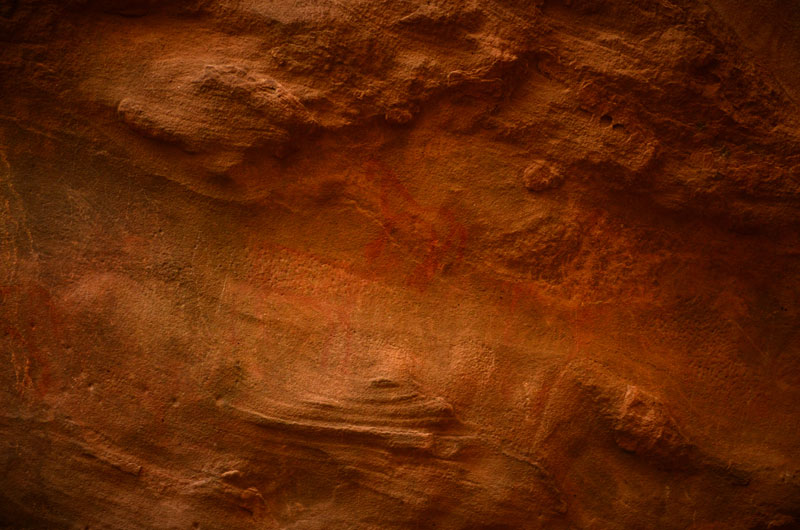 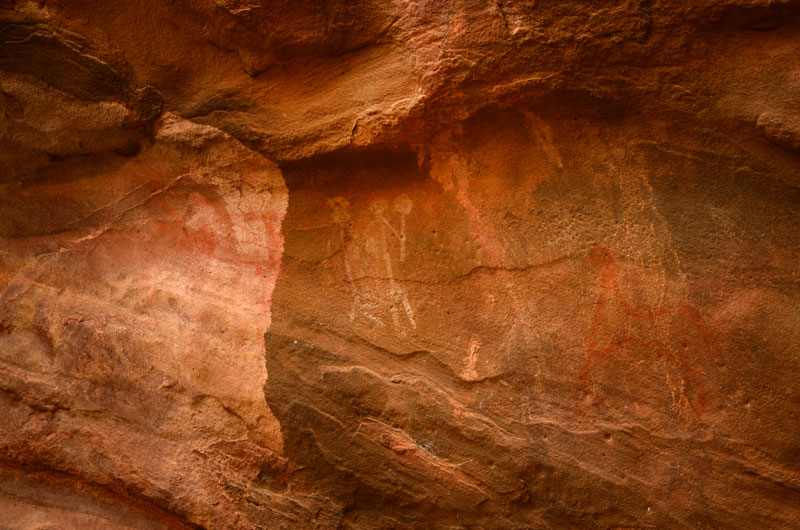 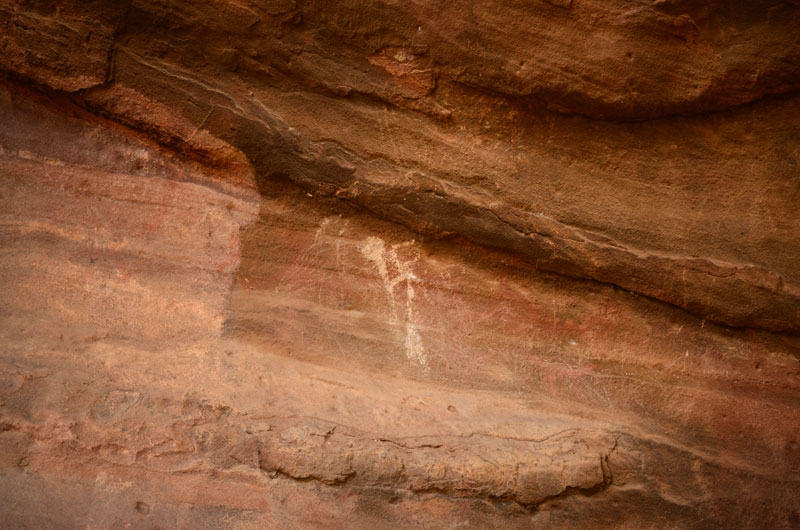 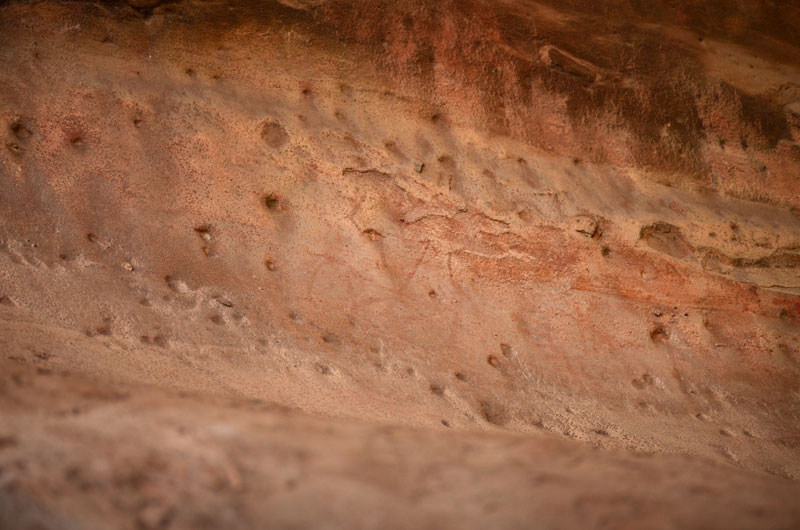 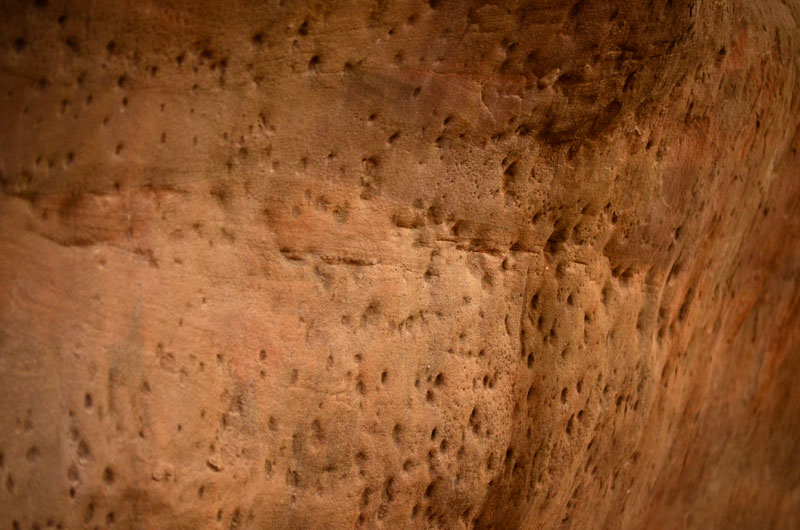