Two similar depiction of mythical boar like animal is seen inside the cavities of shelter 13. The shelter 14 is a mushroom shaped giant rock shelter is also known as Boar rock due to an enormous boar like mythical figure painted on its surface. It has two crescent shaped horns, a huge snout with whiskers and bristles on the back. 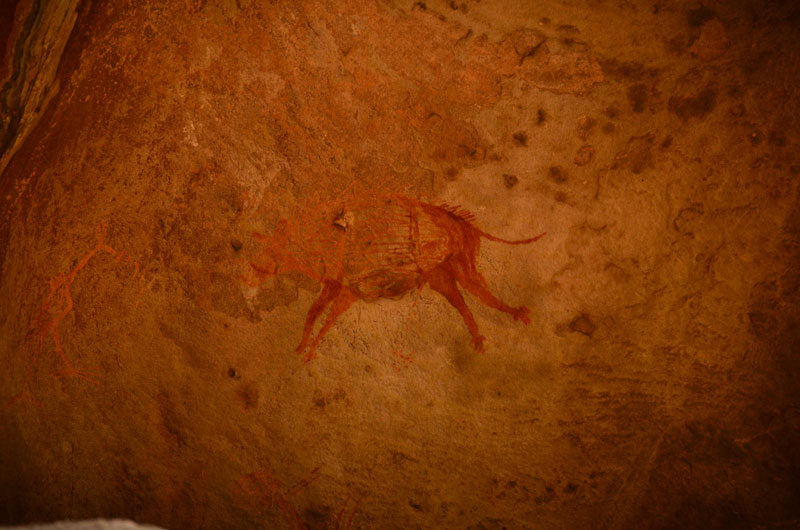 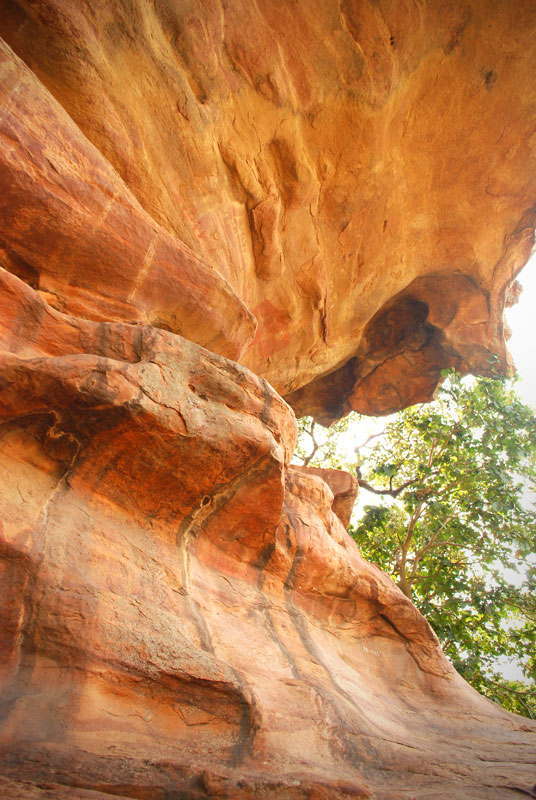 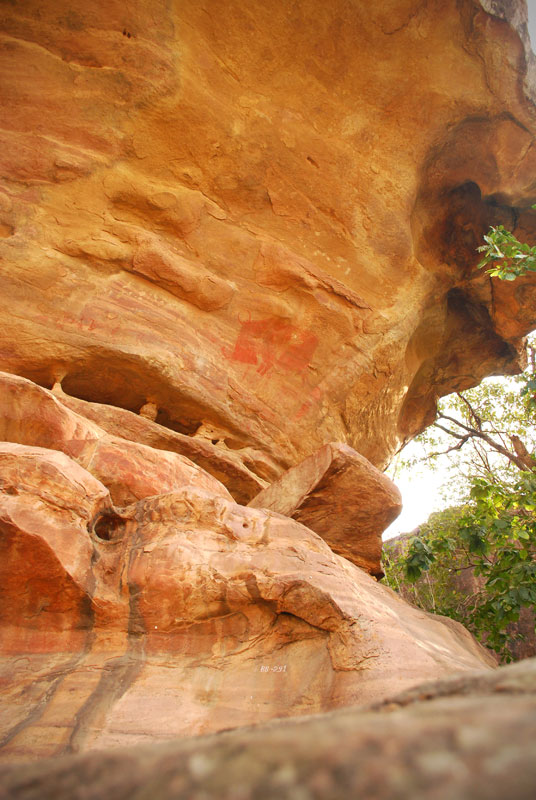 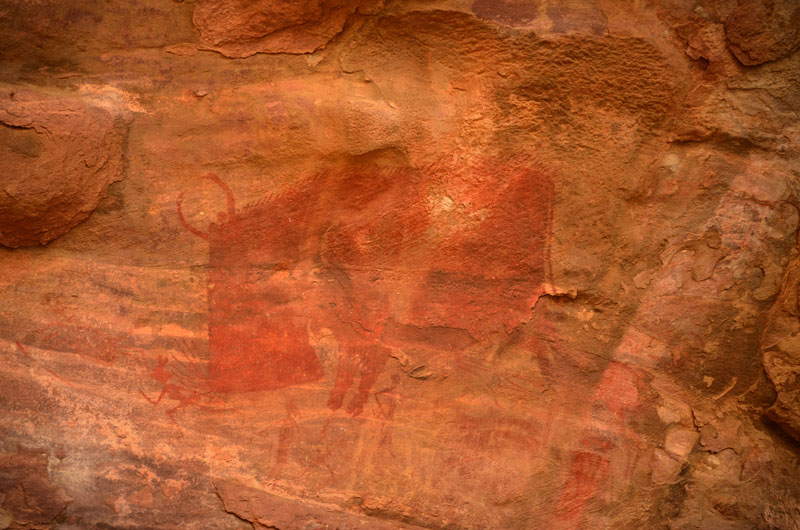 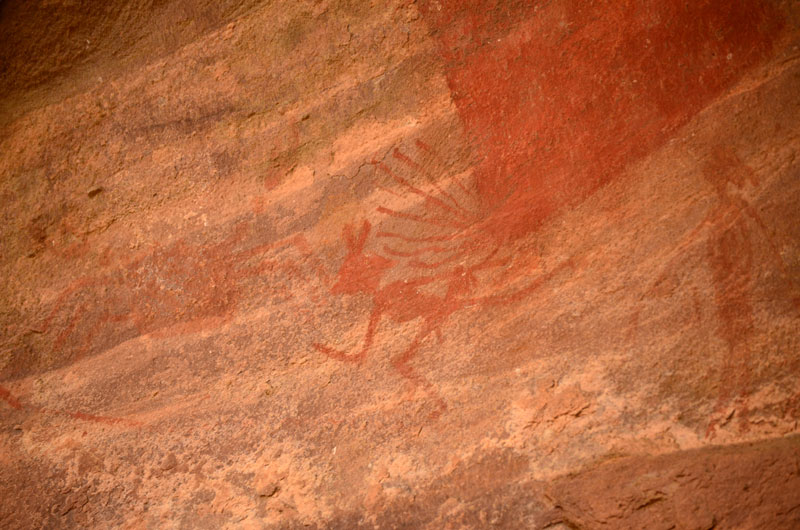 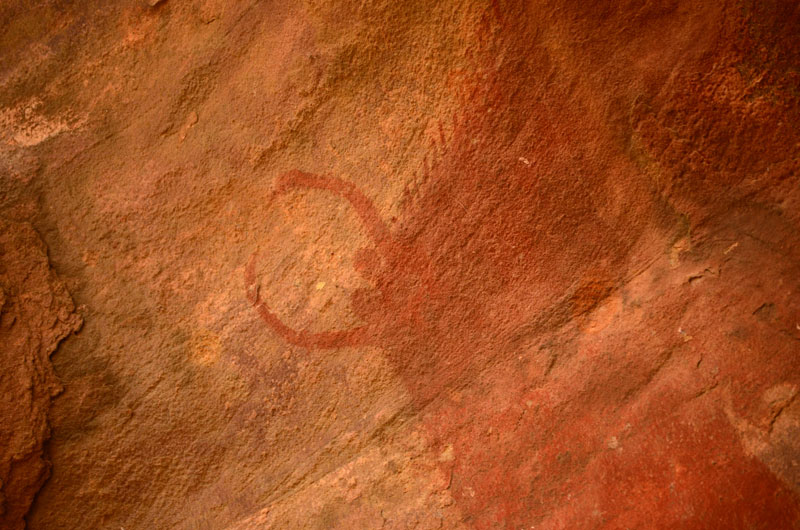 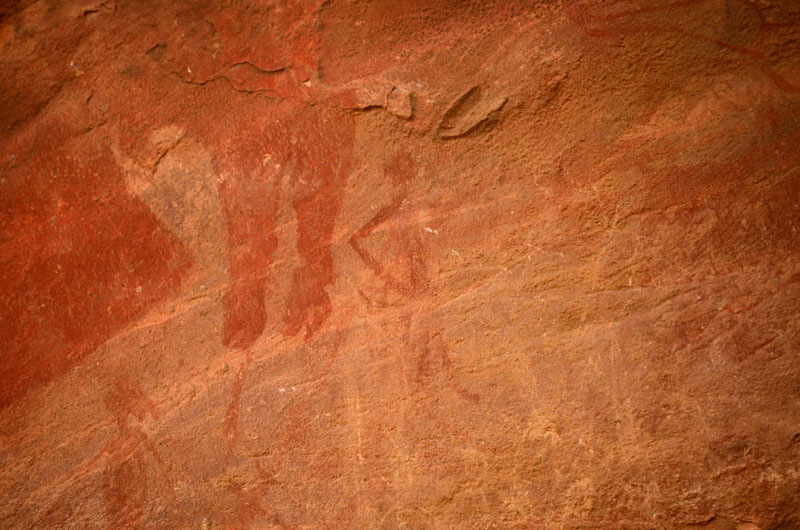 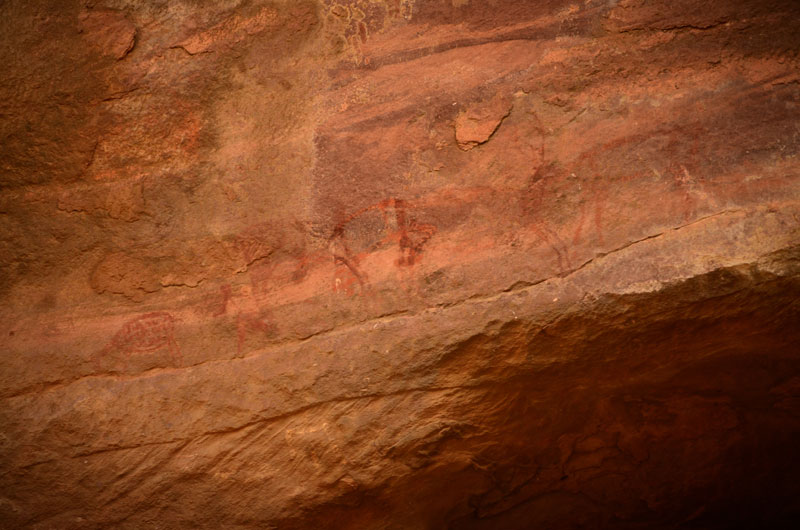 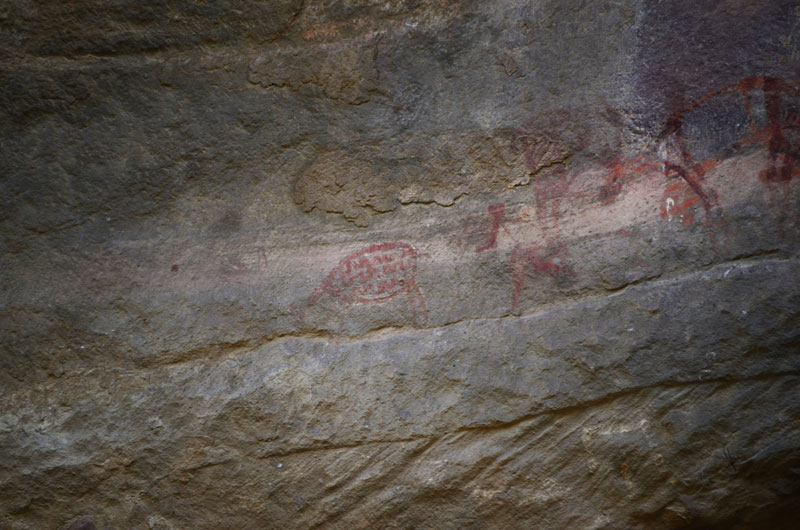 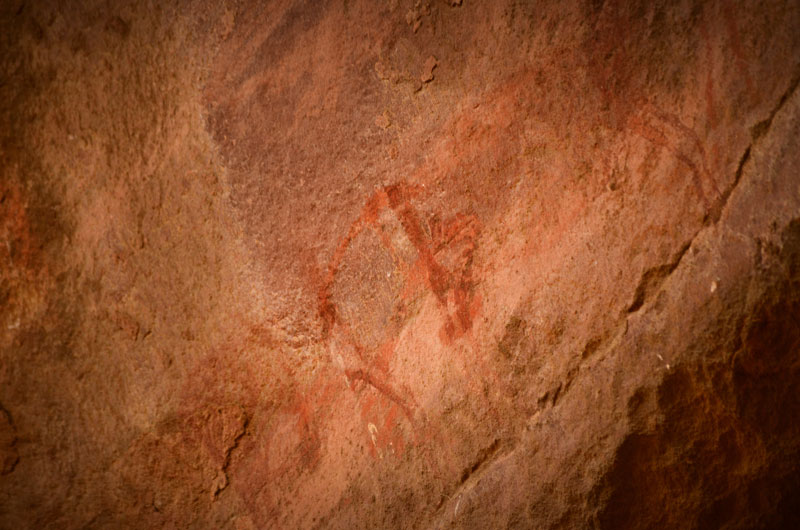 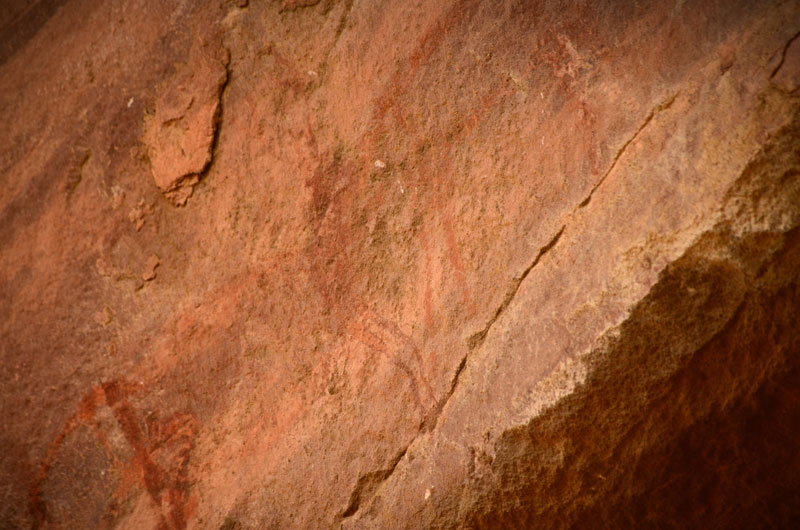 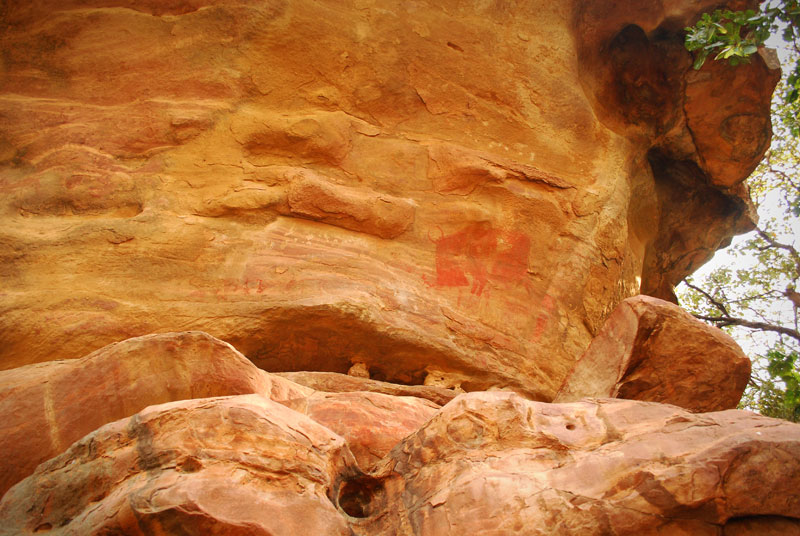