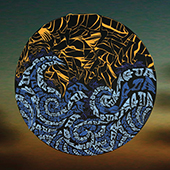 Typography Day was being organized for the eight time from 7th to 9th of March 2015 hosted by Industrial Design Centre (IDC), Indian Institute of Technology Bombay (IIT Bombay) with support from India Design Association (InDeAs) and Aksharaya.

Poster design competition was held on a theme ‘Typography and Nature’.  The task was to design a poster with one or two words expressing ‘Nature’ using the typography in native script and language. Participants were expected design a poster / create a typographic composition with sensitivity and fineness to express ‘nature’ using the letters in their native script. The winning entries were published and displayed in an exhibition during the event. The competition was open to students, faculty and professionals. The competition was open to all - nonresident Indians, as well as foreign citizens could take part in it.