Puran Bhaat is a traditional puppeteer and contemporary theatre artist in Delhi, India. He is also the recipient of the Sangeet Natak Akademi Award for Puppetry, Rajasthan that was presented to him by the President of India, Dr. A.P.J Abdul Kalam in New Delhi on 26 October 2004. Originally from Rajasthan, his father moved to Delhi almost fifty years ago. Since then the puppeteer family has been living in the Kathputli Colony, an artist community of Delhi. Surprisingly Puran Bhat is not just a puppet master but became known as an activist of Kathputli Colony who bravely stood up against the government of Delhi and Raheja Developer, the real estate shark from consuming the Kathputli Colony in the name of redevelopment.

Aakaar Puppet Theatre group’s Dhola Maru and Swagat performances are quite popular not just in the country but abroad too. These are performed in the kathputli (means a puppet made of wood), a form of string puppetry from Rajasthan, which then migrated across the region. This puppetry is performed by the Bhat community from Nagaur in the Marwar region. 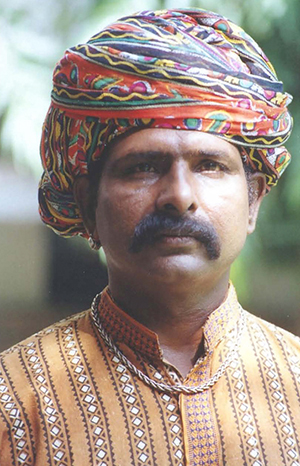