Indian puppeteer, director, Suresh Dutta studies art, classical Indian dance (including Kathakali, Bharatanatyam, and Manipuri), as well as music with various renowned teachers in West Bengal, the region where he was born. In the years 1961-1962, he had the opportunity, through the Ministry of Education, to obtain a scholarship from the Indian government to go to Moscow to learn the art of puppetry from the master worldwide. Recognized Sergei Obraztsov. This training and new experience allowed Suresh Dutta to develop a lasting passion for the rod puppet style.

Returning to India in 1963, he worked as a dance director, costume designer, and puppet theater director at the Children's Little Theater (CLT). This company produces pieces like Mowgli (from Rudyard Kipling's Jungle Book) and Mithua (1955). Shri Suresh Dutta has been engaged in puppet theatre for the past three decades, first as puppetry director of Children’s Little Theatre Calcutta, and later from 1972 as the founder-director of Calcutta Puppet Theatre. Among his outstanding productions are Aladeen, Ramayan, and Sita which have won wide popularity at home and abroad. He has served as Vice-President of the Indian chapter of UNIMA, the international union of puppeteers. For his eminence in puppet theatre and his contribution to its enrichment, Shri Suresh Dutta received the Sangeet Natak Akademi Award for puppetry. 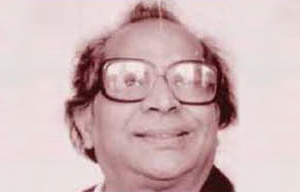