“Margazhi” is the name of a month in the Tamil calendar. To be more specific, it is the ninth month of the Tamil calendar and is considered to be the most auspicious month of the entire year. This month is known by other names, such as “Agrahayana” or “Margasirsha”, the ninth month in the Hindu calendar, the Panchaanga. The calendars are regularly updated by astrologers who use Vedic calculations and astronomical events, but if we take the gregorian calendar as a reference, the month lies approximately in the period of mid-December to mid-January.

Many cultures around the country consider this time period to be more auspicious than usual, and each of them has different reasons. People of these regions find their own way to celebrate this spiritual month with colourful kolams in the thresholds of homes, melodious music and dance concerts and whatnot. Margazhi is more than just a festival, it is in fact a month throughout which people celebrate their traditions, an effort by the people to reconnect with their spiritual side.

In the following sections, we shall explore more about Margazhi, and how it is celebrated in other regions and we will then narrow down on the various Tamil literature and artefacts that are associated with this festival. We will also understand, in more detail, the events that take place during this month in the city of Chennai, which is widely regarded as the cultural capital of the country.

Climatic, Astronomic and Astrological conditions
This is the coldest month of the year for many Indian regions, and this is very refreshing, especially for the southern parts of the country that spend most of their time in the heat. Hindu texts define a traditional human year as the sun's northern (Uttarayana) and southern (Dakshinayana) movements in the sky and the next year begins when the sun returns to the same starting point. The Margazhi month marks the beginning of the Uttarayana. After this month, the northward movement of the Sun begins (Yaajnaseni, 2019). An animated visualization by Kishore S Kumar shows how the sun moves during Uttarayana and Dakshinayana. (Kumar, 2013)

It is said that during Margazhi, Sadhanapada, the period of putting efforts ends, so it is an opportunity to work towards one’s goals (Yaajnaseni, 2019). This time period is hence dedicated only to spirituality, and no other growth, conception or beginnings of things are encouraged.

Timescale - A Day in Deva Loka
The Deva Loka is considered to be the abode of the Gods, Goddesses and other celestial beings of the Hindu culture. Hinduism is known for its detailed explorations and explanations of the cosmic time scales. It is commonly believed that a year on earth equates to a day in Deva Loka. The month of Margazhi is considered to be the “Brahma Muhurtam” or early morning time in the Deva Loka, which is all the more auspicious. (Burgess, 1860)

The Month of Margazhi
“I manifest more in Margashirsha Maas among the different months in a year.” [1] 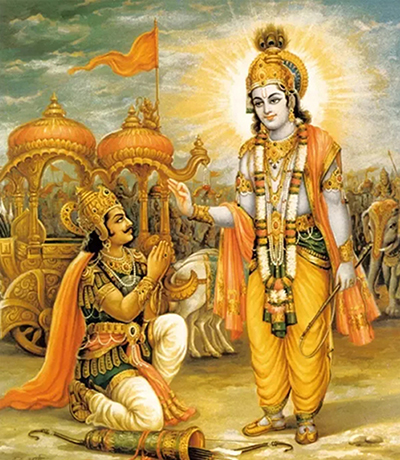