Tamilnadu
Margazhi is celebrated extensively in many regions of the southern state of Tamilnadu. The following is a description of the common practices followed in Tamilnadu during the month of Margazhi. Although every person may have slightly different ways of worshipping and celebrating during this month, a general commonly accepted routine is described in the following paragraphs, based on a couple of casual interviews conducted with people belonging to this region.

From the first day of the Margazhi month, one wakes up before sunrise, cleans the home and bathes. Some even opt for cold water baths in temple tanks. They then decorate their homes, draw kolams on the thresholds of their homes, offer prayers to the deities in the altars of their homes and chant the verses of the “Thiruppavai” and “Thiruvempavai”. Visiting temples, going to classical music and dance concerts, attending dramas and listening to “Harikatha” - stories with a traditional theme- narrated by storytellers are just some of the activities one could do during the days of Margazhi.

Of course, there are contemporary additions to the festival, with fests and fairs in Mylapore - the cultural hub of Chennai, music concerts of all genres, street musicians and so much more, adding to the festive spirit of Margazhi. These various events and practices are discussed in more detail in the upcoming sections. 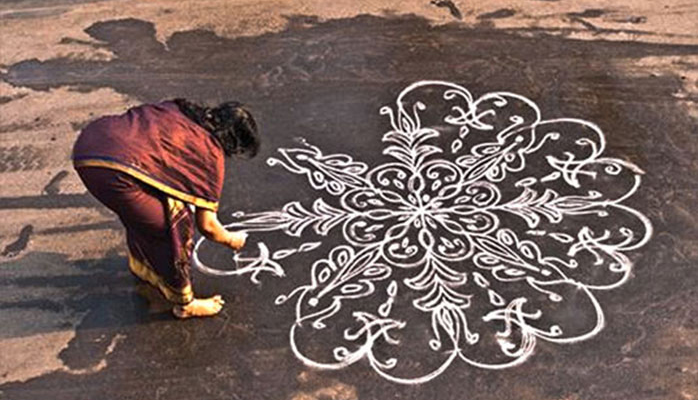 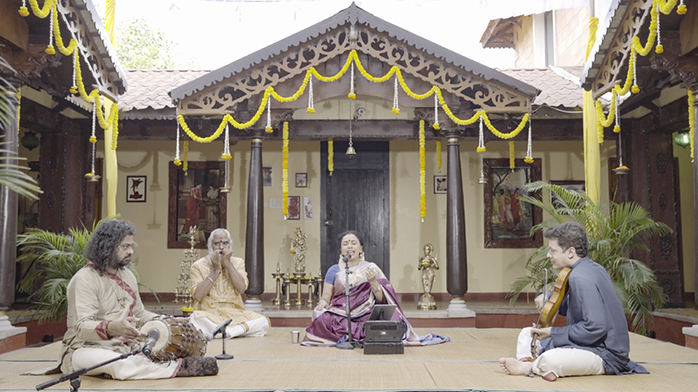 During the month of Margazhi, many other festivals are celebrated in this region, and other neighbouring regions like parts of Andhra Pradesh and Kerala:

• Vaikunta Ekadasi marks the end of the Margazhi month. This day is when the door (a physical doorway constructed in temples) to “Vaikuntam” (the heavenly abode of Vishnu) is considered to be wide open for everyone. People observe a fast and pass through the doorway which is thought to lead them to Vaikuntam.

• Arudhra Dharisanam is the day when Shiva is said to perform his cosmic dance in the form of Nataraja. This day is when the Arudhra star shines brightest, which is thought to be the golden red flame that shines when Shiva does his cosmic dance. This is said to be the longest night of the year, occurring on a full mood day in the month of Margazhi. (Kannikeswaran)

• Pavai Nombu is a fast taken up by young girls and women who seek the blessings of the Pavai (originally thought to be the goddess Katyayani, a form of Durga) and pray for peace and prosperity in the family and to get a suitable husband in their future. More about this is discussed in the following sections.

• Thyagaraja Aradhana is when the famous Carnatic singer and composer Thyagaraja from the late 1700s is celebrated. This involves group renditions of his music. The “Thyagaraja Aaradhana” which is a commemorative music festival dedicated to the prolific composer is held in the latter part of the Margazhi season.

Odisha
In Odisha, this month is called Margashira, and every Thursday in this month is celebrated as a festival known as “Manabasa Gurubara”. It is believed by the people that goddess Lakshmi visits people’s homes during this month and removes all pain and negativity. The harvest of the Kharif season is worshipped as goddess Lakshmi on these Thursdays. People keep their homes very clean and invite the goddess inside. The doorstep and entrances of the home are plastered with cow-dung paste and the rest of the house is decorated with aesthetically designed motifs called “Jhoti” or “Chita“ using the ground semi liquid rice paste or “pithau”. 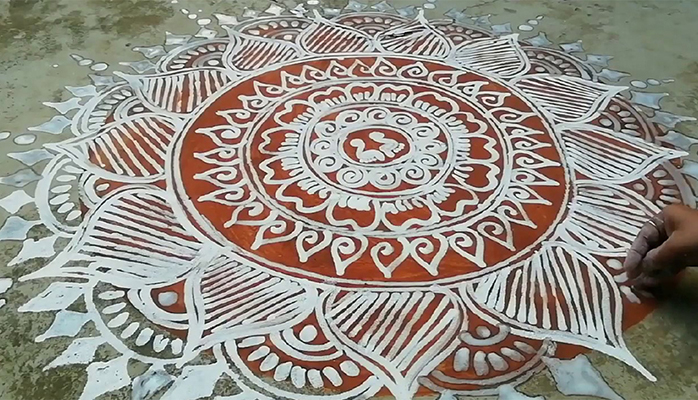 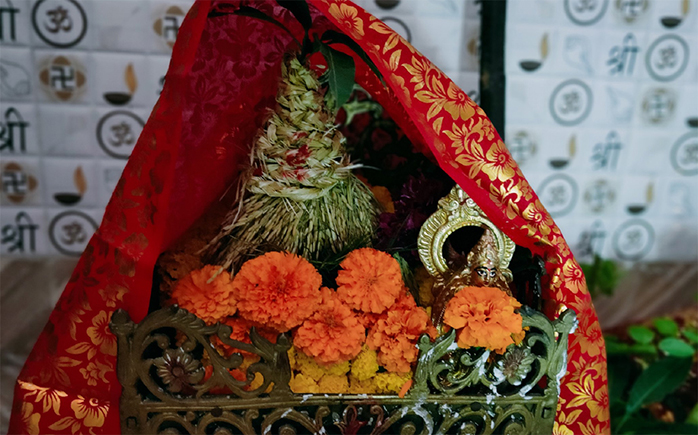 This festival is closely associated with the harvest, and people consider that a successful harvest is due to the grace of Lakshmi. (Samal, 2020)

Andhra Pradesh and Telangana
The Margazhi month proceedings closely resemble those that take place in Tamilnadu. In addition to the above-mentioned festivals, the end of Margazhi is also celebrated with the Makara Sankranti and Thyagaraja Aradhana. (Telanganatoday, 2021)

Thailand
The Triyampawai -Trippawai is a fifteen-day ceremony celebrated annually in December and January by the Thai royal court Brahmans. This ceremony is of great historical interest because it evinces a mostly forgotten link between the ritual culture of Siam (now Thailand) and Tamil Nadu. Although it may have originated from the South Indian regions, the Thai Brahmans have their own way of celebrating this period now with distinct but relatable practices. (McGovern, 2020)